is a fucking MASTERPIECE!

You must watch it in 4k.

On The Topic Of UFOs 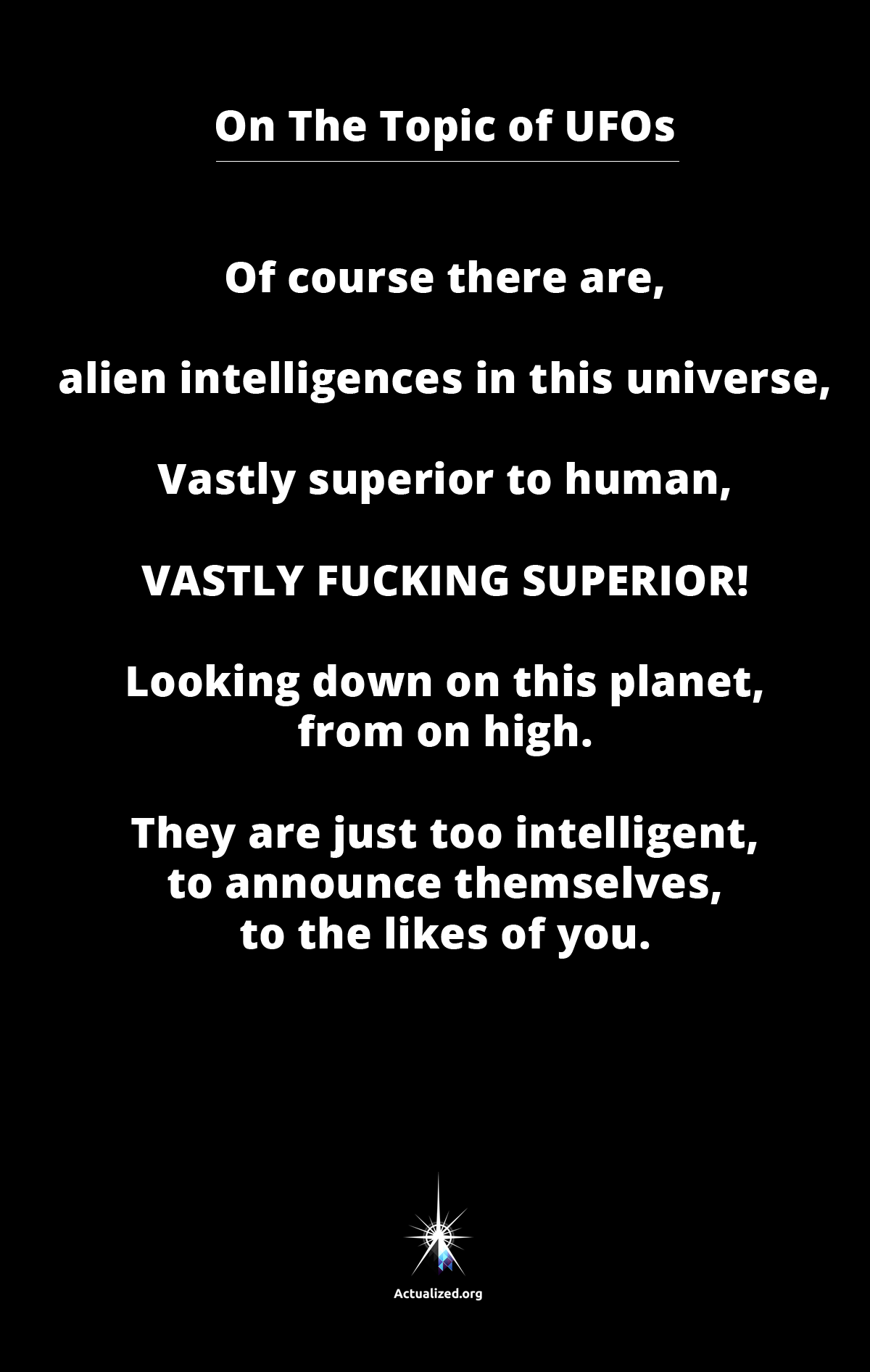 The King Of Stupid 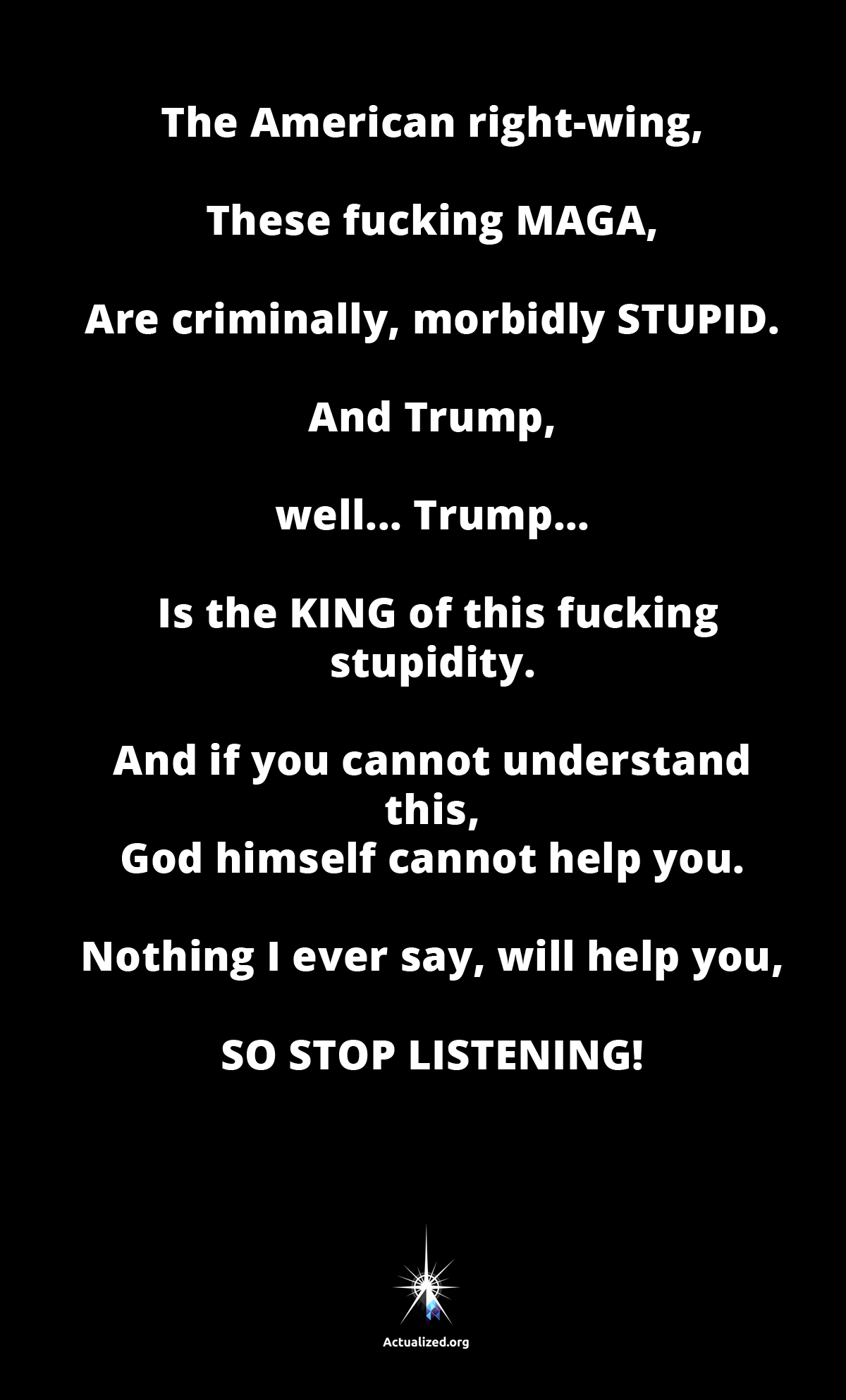 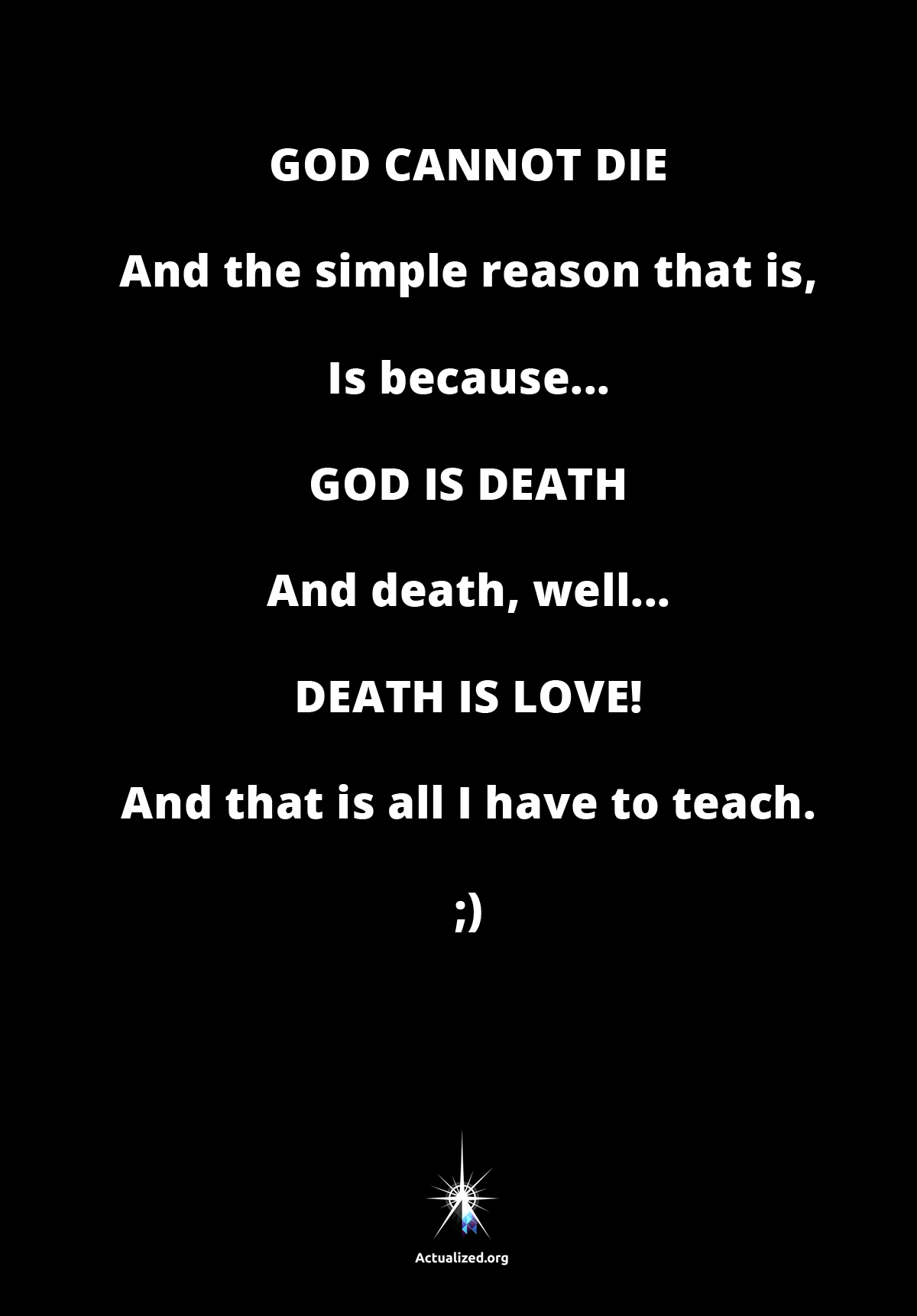 When my Ukrainian grandmother found out that my father knocked up my mother — with a future Leo — she took a train to the farm in Kazakhstan on which my mother lived at the time with my other grandparents, with poison to kill her. When my father found out about this, he stopped her.

And so I was born.

My father did not marry my mother until after I was born, because he was in a Soviet prison in the Arctic Circle for starting his own business. This was so far north on the globe that summer nights were so bright you would see the sun.

My father's insane love for my mother literally gave birth to me.

What scientists call "energy" is actually consciousness. And of course according to science, matter is just energy, which means matter is consciousness. The most fundamental law of science is that energy cannot be created or destroyed, only transformed. But why is this the case?

Because consciousness equals God. God cannot die because God is One. It exists in all places at all times, forever. One cannot be killed because it has nowhere else to go, since some place to go would require some other — which would be two — but God is One.

So, the conservation of energy law simply means that God is immortal and reality is One. Scientists don't understand this because their minds are too divided: science vs non-science is a division.

Things can only be destroyed relatively, within duality. What humans don't understand is that destruction is just a process of converting one thing into another. Absolute destruction cannot exist. Nothing in the Universe has ever been destroyed, only transformed into another shape. You cannot destroy Infinity because Infinity imagines destruction.

Really grasp this: For destruction to exist, God has to create it first! Which means God itself cannot be subject to destruction because God must exist prior to it. Destruction cannot overtake its Source. Destruction is relative. Creation is Absolute. God is Creation.

But! — you might wonder — What created Creation?! To which the answer is: Creation created itself, since nothing existed that would prevent it from doing so. Any limit you think exists upon Creation, you must realize, first had to be created in order to exist. Contemplate this until you realize that Creation is Unlimited. And that which is Unlimited has the capacity to create itself, which is just another way of saying: God!

The wonder of God is that it was able to do the impossible: create itself from scratch! But how the fuck was it able to do that???

Well, you see... simply because impossibility did not yet exist.

And so, Infinity is absolutely impossible. And yet, here it is! 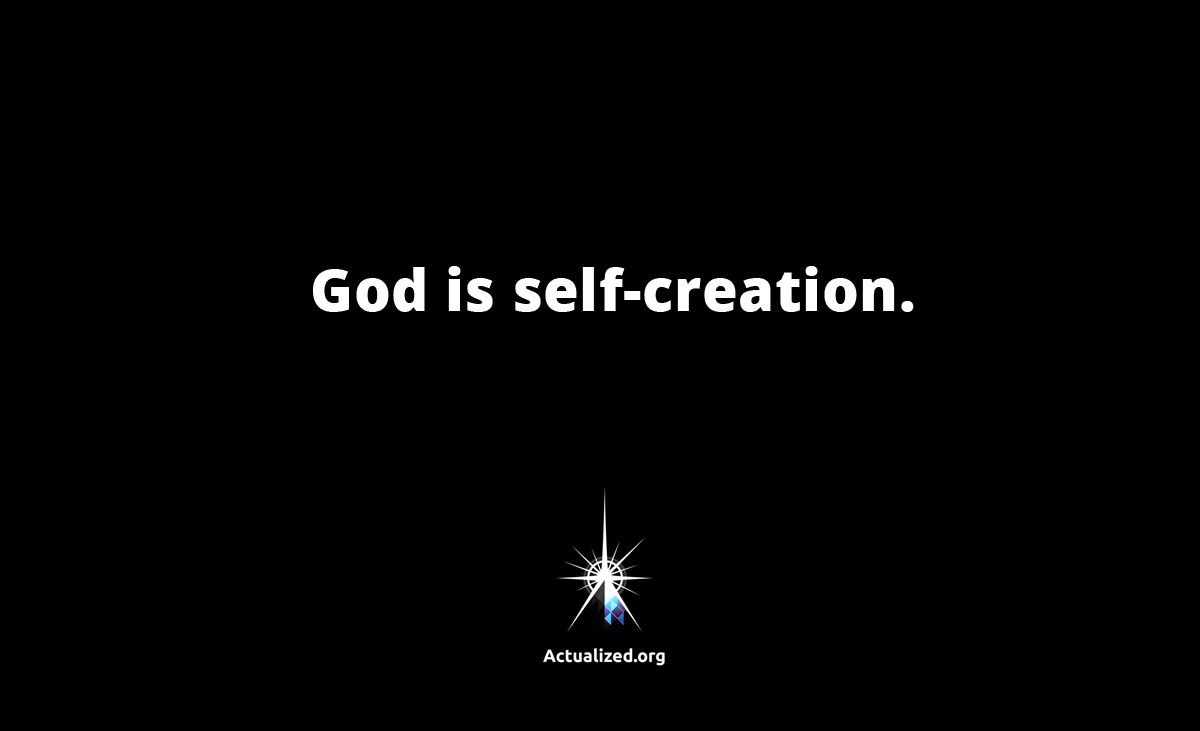 These kind of videos seem like just games — making fun of MAGA people — but the level of brainwashing and delusion of these MAGA zealots is truly disturbing and dangerous. This is a very serious problem for the state of American politics, and really even world politics. This is the real damage that Trump and the right-wing media has done over the last 6 years. They have completely deranged and corrupted the epistemtic foundations of millions of people. These people are totally deluded, aggressively ignorant, completely sure of themselves, and armed. This is basically American Al-Qaeda.

This is about as bad as self-deception gets. And the problem is that once such a level of self-deception takes hold of the human mind, it's almost impossible to undo. Self-deception of this caliber tends to be life-long. These people have been infected with mind-herpes.

We as a society are not taking this problem seriously enough. The allowance and toleration of this kind of toxic ideology is America's greatest weakness. If America collapses, it will not be from an external enemy, it will be from the spread of ideologies like this. That this issue is not recognized by a large percentage of the citizenry is profoundly problematic and sick. This is reaching Nazi-Germany and Fascist-Japan levels of brainwashing. The whole world should be worried about this. Anyone who supports the right-wing in America at this point is enabling the spread of this mind-herpes and history will hold you in disgrace for your lack of common sense, your selfishness, and your silence. Every citizen needs to condemn this ideology and also, crucially, to condemn its enablers and promoters — which implicates much of right-wing media and their hosts: FoxNews, Sean Hannity, Tucker Carlson, Laura Ingram, Jeanine Pirro, Fox & Friends, OANN, Steven Crowder, Ben Shapiro, Tim Pool, Matt Walsh, Charlie Kirk, Alex Jones, Glenn Beck, Dennis Prager, Mike Lindell, Candice Owens, Dan Bongino, Dave Ruben, Breitbart.com, Turning Points USA, Daily Wire, The Blaze, PragerU, right-wing talk radio, etc. All together these people and groups create an ecosystem of mind-herpes.

50 years from now people will not believe this shit was real.

When people criticize me for being political, or partisan, or left-wing...

I have been very tame thus far.

This level of human stupidity leaves one at a loss for appropriate words.

Make no mistake. There is no false equivalence.

And nothing about this statement is partisan or biased.

If you can't understand this. Nothing I say will EVER help you. SO STOP LISTENING!

If you cannot get this, you will never Awaken.