The Difficulties Of Academia

This interview with Eric Weinstein gives you a glimpse behind the scenes of how difficult it is to break through the group-think of academic science to get them to accept new ideas:

What most people don't understand about science is that most groundbreaking work has to be done outside of academic science. 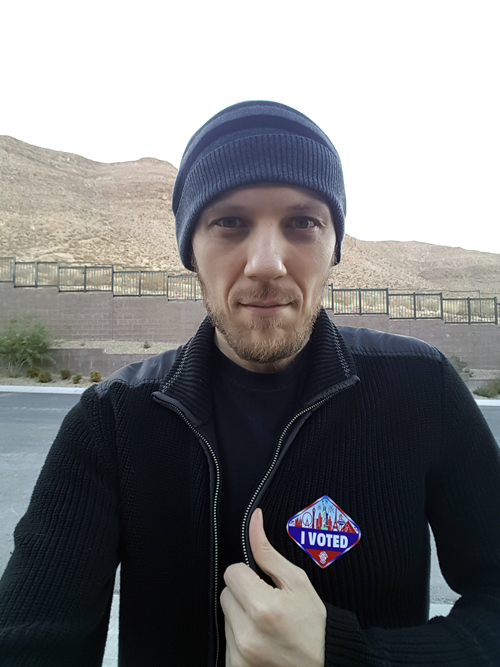 Who should you vote for?

It's very simple, the guy with the highest level of consciousness and Spiral development. The guy who is least aligned with fear.

People asked and so finally here it is:

Pretty amazing how effective neural networks are. This technology is going to revolutionize everything. Of course the trick with neural networks is that their wiring is so complex that no human mind will ever be able to understand the inner workings of a specific neutral network "brain". It is a "black box", where the internal logic is unknowable, or cannot be explicated linearly. Much like your (imaginary) brain.

Susskind On The Hard Questions Of Physics

Leonard Susskind is one of the world's top theoretical physicists. He works in string theory and quantum mechanics.

I want you to get a feel for how serious scientists think about reality, so you can see the limitations of their thinking.

So here's a good interview with him.

Pay attention to the last 10 minutes of the interview especially where they start talking about infinity.

That video is not allowed to be embedded, so you'll have to watch it on YouTube.

The Entanglement Problem of Science

Materialists, rationalists, atheists, reductionists, academics, and scientists are under the illusion that reality can be investigated at a safe distance, like a guy in a white lab coat dissecting a dead frog. This assumes a dualistic reality in which subject and object can be cleanly separated. But as it turns out, reality is One, which means subject and object cannot be cleanly separated. Man isn't just an observer of the universe, man IS the universe! Overlooking this crucial point (the entanglement problem) leads to self-reference paradoxes and strange loops that forever cripple the scientist's mind until he realizes that Oneness is fundamental.

Due to Oneness, no objective, neutral, impartial, or safe-at-a-distance investigation of reality is possible. Investigating reality is like doing surgery on yourself. So while many conceive of spirituality as a lark through a land of emerald-green pastures, rainbows, faeries, and unicorns, true spirituality looks a lot more like this:

If you think you can investigate or understand reality without putting your own balls (ovaries??) on the chopping block, you haven't realized the depth of the entanglement problem.

Lessons From 100 Years Of Russian Politics

Original video only playable on YT.

Today's socialists, Marxists, and radical progressives have not learned the lessons of Russia's failed experiments with socialism well enough.

Don't Get Fooled Into Bernie-Or-Bust

Election time is here in the US and it's time to re-think your strategy if you plan to not vote as a sign of progressive protest.

This video lays out the case very nicely of why you should vote for Biden:

Note: Although Vaush is a socialist, I am not. He makes some good points though.

Why Are Smart People Do Dumb?

What you have to understand is that programming peoples' minds is huge business. Our intellectual discourse has been sneakily and quietly corrupted by late-stage capitalism over the last 100 years such that truth is no longer the game. The game is programming people with ideas which serve business. This has occurred through out the entire public and even academic knowledge sphere. So when you expect academics, scientists, and intellectuals to lead you to truth, what they're often doing instead is leading you into an echo-chamber of ideology intended to bolster the survival of those in power and their careers. Of course this not a conspiracy theory, as it all happens unconsciously. The intellectuals engaged in this disinformation are themselves fully bought into their own ideas and they believe they've found the truth.

Keep in mind, this is only one possibility. It does not have to be so colorful. It could also be formless, but formless is hard to visualize.