How To Find Psychics & Healers

Isn't it amazing that in this day and age you can find psychics and paranormal healers through something as simple as Yelp.com?

You can even find 5-star-reviewed ones! So you can easily weed out the scammers and quacks.

Just go to Yelp and search your city for "psychic" or "medium" or "healer" or "spiritual healer" or "paranormal".

You can also use this trick to find:

Just search for those terms. You'll be amazed at what kinds of helpful people and places you can find in your area.

Note: If you're skeptical of some of this "New Age" stuff, I understand, but this would be a good time to apply radical openmindedness. I'm not saying it's all gonna work for you — or cure your cancer — but you must test before you judge. Some of this stuff can be life-transforming and is very worthwhile to personally experience. If you're an ardent skeptic, just consider the follow common sense and pragmatic point: There's a good reason why there are literally THOUSANDS of such places on Yelp open for business, earning good money, getting hundreds of 5-star reviews, and getting lots of repeat customers — because it really works and helps people. No, it's not because most people are gullible and superstitious and easily susceptible to quackery and placebo. It's not as easy to build a sustainable 5-star business on pure quackery as skeptics assume. The much more likely explanation is that your materialist/rationalist paradigm is making you prejudiced against actually trying some of this stuff for yourself. Armchair skepticism just won't cut it when it comes to this stuff. You must put your time and money where your mouth is. If you do, you might discover that your rationalist worldview doesn't hold up to reality. Would you rather be right, or be healthy?

Here's an easy and simple sitting posture, perfect for staring your Kriya practice:

I'm seeing a lot of people who got excited about doing yoga after watching my The Importance Of Real Yoga video going about it in a half-assed manner. That is not gonna fly!

Yoga must be done rigorously in order for it to work. If you do yoga improperly, it could actually be counter-productive.

Here's are some critical tips for how to start yoga properly:

The Origins Of Mind

I couldn't help following up on the presentation by Thomas Ray (see previous post) and reading his PDF, Origins Of Mind. The implications of his research are astounding. If you're really into understanding consciousness and why spirituality is so complex, I highly recommend you read and contemplate this PDF:

Origins of Mind by Thomas Ray

The second half of the PDF gets especially profound.

Breaking Convention is the International Conference on Psychedelic Consciousness held annually in the UK. It's one of the top psychedelic conventions. They feature hundreds of world-class pioneers and serious researchers in the fields of consciousness, medicine, and psychedelics.

Check out some of their amazing presentations:

Here's just one mindblowing presentation from their collection:

By the way, the above kind of research is why I conjecture that enlightened masters have it easier than ordinary people. It is very likely that since everyone's brain is slightly different in constitution (due to genetics), it makes sense that a small percentage of the population would have lower seritonin-2 activity than normal, thus effectively making them naturally high on 5-MeO-DMT, which produces pure ego-loss and sense of cosmic consciousness. It would also make sense that certain yogic techniques can train the brain to deactivate seritonin-2 activity, thus producing ego-loss and cosmic consciousness. And this would also explain why New Age people become very woo-woo and into aliens and deities and astral projection and all sorts of trippy things like that, because their brains have a higher activity of seritonin-7 and load more mental organs into consciousness. It would also make sense that certain yogic techniques could train the brain for this too, thus developing siddhis (paranormal abilities).

And yes, NEVERTHELESS, the brain still does not exist! This is all relative talk. The Absolute blows all this talk away.

If this is making your mind choke, that's right! You're grappling with an infinite strange loop. You are not going to get at the fundamental nature of reality without paradox. The paradox must be so deep that it leads to the creation of the entire universe!

And here is a second presentation which I really liked:

And another great one:

I haven't tested this myself yet, but here's a very interesting lead to follow up on:

If this is true, to me, this would explain a lot about how early mankind discovered spirituality. It's such a simple technique that even a caveman can do it. You don't need mushrooms, you don't need fancy extractions of psychoactive substances, you don't need elaborate yogic techniques.

Think about it... Any ancient culture could have stayed in a pitch-black cave for 4 days straight. If that is enough to create a full 5-MeO-DMT whiteout — that is deeper than I have ever tripped on 5-MeO — that is enough to become conscious of the absolute nature of everything, deriving the purest spiritual wisdom directly from the source. Could this be the technique that the ancient Egyptians used? The ancient Jews? The ancient Meso-Americans? It would not be hard to construct a dark room inside a temple or shine or stone monument complex like the pyramids or ziggurats.

How cool would it be to travel back in time 7,000 years to ancient Egypt and learn all of their priests' secret spiritual techniques?

Here's a fascinating report from a woman who completed a 40-day dark room retreat!

If you have experience with 5-MeO-DMT, you know what is feels likes. For the sake of science, try doing a 4 day dark room retreat and see if you can get the same kind of high. If so, this should prove beyond a shadow of doubt that 5-MeO-DMT is endogenously produced, and responsible for the deepest awakenings of the highest enlightened masters. If you run this experiment, be sure to post your results on the forum. I'd love to gather the data.

Here's a place that offers a Dark Room. (I haven't actually done it, so I can't vouch for that place). 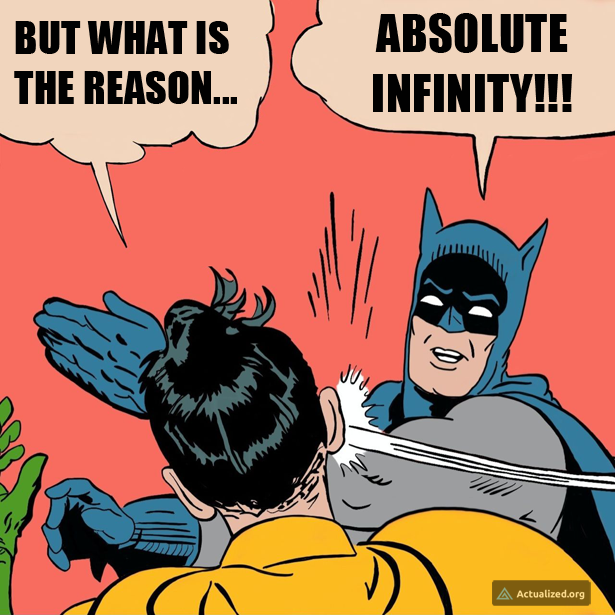 It's Not Going To Stop, Till You Wise Up

If spiritual purification was a song, this would be it:

Always great to listen to...

All of your suffering is just the friction of your ego against the grinding gears of Truth.

Out of your saddest moments will come your greatest growth.