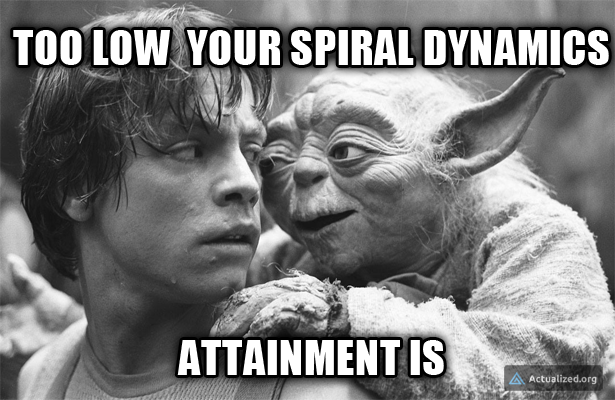 If you've never heard of the Esalen Institute — you're in for a treat.

Esalen was an epicenter for the human potential movement back in the 1960's. Abraham Maslow used to lecture there. It's a bastion for stage Green/Yellow/Turquoise holistic teachings. Very, very New-Agey. Stage Orange people will feel unconformable here. It's located in scenic Big Sur, California, right on the coast, and it's still going strong after some 50 years. 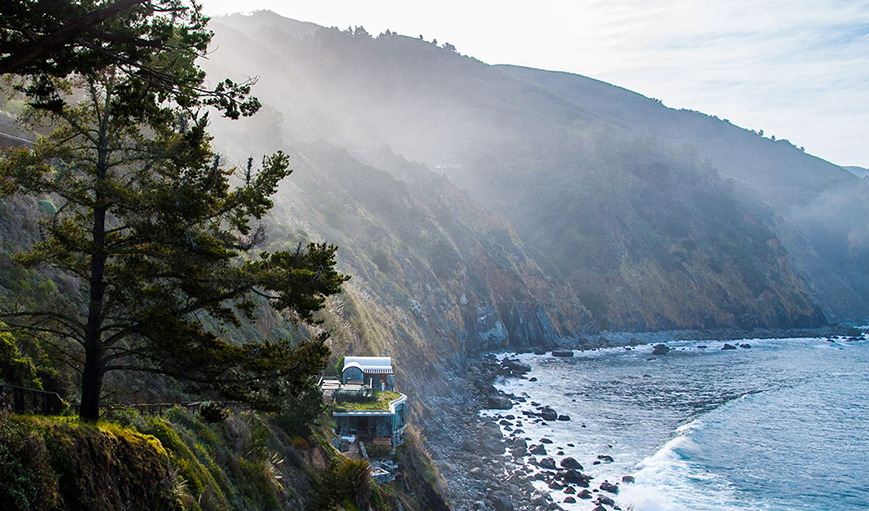 You'll find some amazing workshops and retreats offered here, including yoga, meditation, neo-shamanism, love, relationships, consciousness, psychedelics, and much more. It's very similar to the kind of stuff I teach. You could also meet some exceptional people here who are into self-actualization.

Worth checking out if you've got some money saved up.

See, Russia, like middle-America, is fairly conservative and traditional (stage Blue). This is largely Putin's base. Putin (stage Red/Orange) is a very shrewd politician and master-manipulator, so he knows that stage Blue gets triggered by stage Green. So what better way to activate his base than by fear-mongering about gays coming to take over traditional Russian culture?

Does Putin really care about gays? I would bet not. But he knows his conservative base cares very much about defending Russian culture. So he tosses them a bone or two by putting on an anti-gay front. A great way to mobilize Blue is to tell them how gays are taking over the world. Interestingly, here in America we got Alex Jones doing a similar thing.

And then of course we've got examples of a legit stage Blue worldview — not pandering. Take a look a how a deeply stage Blue person — in this case, the former president of Iran — reacts to the idea of gay people. In his reality, gay people do not exist!

That's how significant the Spiral Dynamics stages are!

Here's another example from Mugabe of Zimbabwe.

The reason I focus on this gay issue is because it's a relatively new cultural development, so we get to see cultural evolution resisted in real-time. This is how it's always been, for over 2000 years in every country in the world. Stage Blue resisted every new progressive innovation. Today it is gays. 150 years ago it was the end of slavery. 2500 years ago it was writing. Socrates famously rejected writing as a valid means of doing philosophy on the grounds that it would rot people's memories. (With writing, who needs to have a good memory?, Socrates reasoned.)

And even though many of today's politicians are themselves beyond stage Blue, a large portion of their constituents is not, so you shouldn't be surprised to see them pandering and riling up that Blue base.

These videos show pretty conclusively that the moon landing was NOT faked:

Now, if only they would realize the moon is made out of consciousness! That would be a giant leap for mankind ;)

Here's a nice high-level summation of nonduality. I like how the author integrates dozens of different traditions. 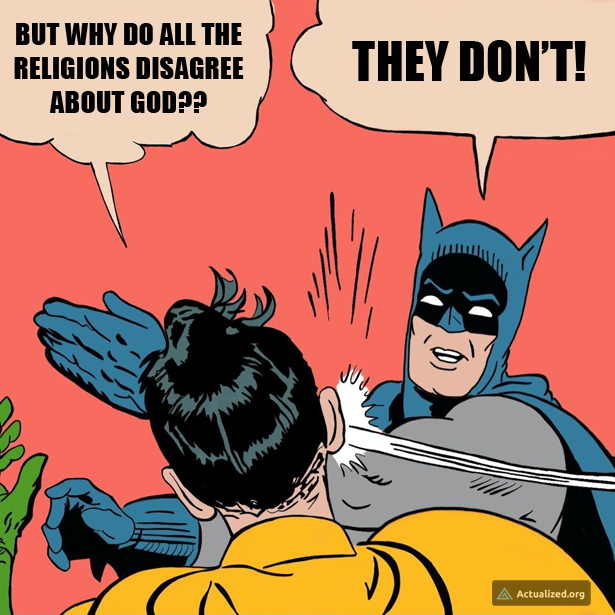 Imagine someone sprinkled a bag of flawless diamonds into a giant steaming pile of horse manure.

That's religion in a nutshell.

What makes religion so persistent is that people refuse to give up the shit because there really are diamonds inside there. It's precisely this mixture of blinding brilliance and utter nonsense that makes religion so sticky. Atheists and rationalists fail to comprehend this dynamic, which is why religion baffles them. The rationalist, try as he might, just cannot satisfactorily explain why religion refuses to go away. It never occurs to him that there could be precious diamonds in the mix.

The Devil, knowing that most humans have a very weak capacity for discernment, simply hides the Truth in a deep pile of shit, which pretty much ensures it will never be found.

Think about this: if you had a precious diamond that you didn't want anyone to ever find, where would be the best place to hide it?

"One is impressed (and depressed) by the appalling sterility of the vast mass of minutiae that science accumulates, and the dearth of integrating principles."