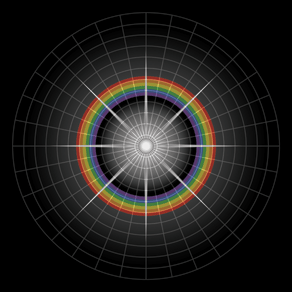 Monism is simply the idea that "strictly speaking, there exists only a single thing, the Universe, which can only be artificially and arbitrarily divided into many things" and that "only one kind of stuff exists, although many things may be made up of this stuff."

This is a very elegant and powerful explanation of reality. It also happens to be Absolutely True. It is so true that its truth is prior to any religion, philosophical system, scientific theory, or physical law. It is more true than 1 = 1.

I recommend you thoroughly read this Wikipedia entry on Monism. It's a great encapsulation of metaphysics, religion, and God across history. Monism is just another word for nonduality, and every culture around the world has a storied history of it because it turns out to be the ultimate truth. The only problem is that ultimate truth turns out to be a tricky thing for the mind to grasp, leading to much confusion and controversy.

You can only appreciate this game after you understand what strange loops are, and that YOU are a strange loop.

These are the kind of games I was interested in making when I was a game designer. It took me several decades to realize that my love of game design was really just my interest in showing off the beauty of God. That's really what all art is about.

Sometimes we don't realize how deep our motivations run until we're years into our spiritual journey. Most artists do not understand why they are artists. It's a form of pseudo-spirituality.

This game goes well with my other video: Life Is A Maze

A Spiral View Of Terrorism

Here's a great article by Dr. Don Beck (developer of Spiral Dynamics) on the nuances of terrorism. Terrorism is a lot more complex than you've been led to believe in the mainstream media:

Here's the full quote from this week's video on The Counter-Intuitive Nature Of Life:

Here's a rare look at Zen Master Yamada Mumon, as quoted in my video The Ten Ox-Herding Pictures.

At the very end of the video, notice Mumon's instruction in response to the monk's attempt to answer his koan. The monk's answer came from the ego-mind, not the enlightened mind. Hence he failed the koan.

How To Plug Psychedelics

Very important: Make sure you empty your bowels right before doing this, otherwise the substance will fail to properly absorb and your trip will be very weak. Treat this as an unbreakable rule: must go to the toilet before plugging.

Also, always trip on an empty stomach. Especially with 5-MeO-DMT, you want a TOTALLY empty stomach for at least 4 hours prior to the trip. This will make the difference between a great trip and a horrific trip. Do not violate this rule unless you like to suffer.

Here's an eye-opening look inside the mind of conspiracy theorists. Not exactly a self-reflective bunch.

Here's how the trickeries of epistemology plays out in real life:

Fascism has recently been on the rise in the US and Europe.

The only thing missing from this discussion is an understanding of Spiral Dynamics.

Notice how both the interviewer and the author still don't have a deep grasp of where fascism sits along the spectrum of human development and what lies beyond stage Green progressive politics (of which TYT is a solid example).

Imagine how much better TYT would be if they understood Spiral Dynamics! Their analysis would be on another level entirely.

If you're looking for a life purpose and biz opportunity, start a news network like TYT but which covers politics from a stage Yellow integral perspective. That is the wave of the future. We have a severe lack of stage Yellow news networks and political commentary.