"Everything that from eternity has happened in heaven and earth, the life of God and all the deeds of time simply are the struggles for Spirit to know itself, to find itself, be for itself, and finally unite itself to itself; it is alienated and divided, but only so as to be able thus to find itself and return to itself."

The Supreme Purpose Of Life

"The Supreme Purpose Of Life Is The Ecstatical Vision Of God

Thus, in her ascension towards divinity, the soul advances until, having risen above everything that is foreign to her, she alone with Him who is alone, beholds, in all His simplicity and purity, Him from whom all depends, to whom all aspires, from whom everything draws its existence, life, and thought. He who beholds him is overwhelmed with love; with ardor desiring to unite himself with Him, entranced with ecstasy. Men who have not yet seen Him desire Him as the Good; those who have, admire Him as sovereign beauty, struck simultaneously with stupor and pleasure, thrilling in a painless orgasm, loving with a genuine emotion, with an ardor without equal, scorning all the other affections, and disdaining those things which formerly they characterized as beautiful. This is the experience of those to whom divinities and guardians have appeared; they reck no longer of the beauty of other bodies. Imagine, if you can, the experiences of those who behold Beauty itself, the pure Beauty, which, because of its very purity, if fleshless and bodiless, outside of earth and heaven. All of these things, indeed are contingent and composite, they are not principles, they are derived from Him. What beauty could one still wish to see after having arrived at vision of Him who gives perfection to all beings, though himself remains unmoved, without receiving anything; after finding rest in this contemplation, and enjoying it by becoming assimilated to him? Being supreme beauty, and the first beauty, He beautifies those who love Him, and thereby they become worthy of love. This is the great, the supreme goal of souls; this is the goal which arouses all their efforts, if they do not wish to be disinherited of that sublime contemplation the enjoyment of which confers blessedness, and privation of which is the greatest earthly misfortune of earthly misfortunes. Real misfortune is not to lack beautiful colors, nor beautiful bodies, nor power, nor domination, nor royalty. It is quite sufficient to see oneself excluded from no more than possession of beauty. This possession is precious enough to render worthless domination of a kingdom, if not the whole earth, of the sea, or even the heavens — if indeed it were possible, while abandoning and scorning all that (natural beauty), to succeed in contemplating beauty face to face."

Here's an excellent documentary about how deception works; I recommend watching the full thing:

As you watch it, stay aware of following:

Start to notice how individual ego, collective ego, rationality, science, politics, self-interest, and survival all work together — all working against truth. Because truth is dangerous to the entire enterprise of survival. Survival relies on deception, lying, illusion, and falsehood. This is NOT just something "evil" corporations do! This something YOU do! The very mechanisms that run these "evil" corporations are the very ones you must wrestle with inside yourself as you do self-actualization work. If you find self-actualization work difficult, now you know why these "evil" corporations run amok.

This is how the devil works. Through you.

And do not jump to the naive conclusion that "if only these oil companies weren't corrupting the science, science would have the truth." No! Self-deception is operating at every level of the mind. Even if the scientists are right in this case, they are still self-deceived just like the oil companies, just at higher levels. The deception is multi-dimensional. Escaping one deception does not mean you've escaped all levels of deception. For example, just because you've escaped the delusion of religious fundamentalism doesn't mean you've escaped the delusion of rationalism and scientism. 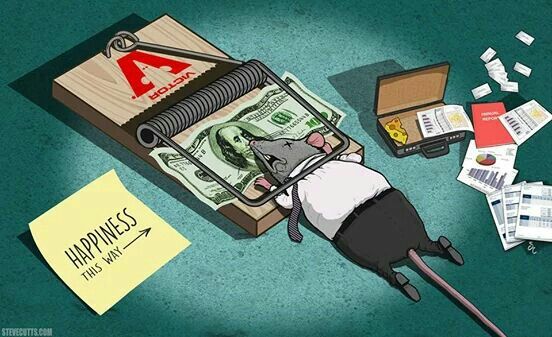 Here's some advanced stuff which mostly went over Joe Rogan and his audience's head:

It's worth listening to the whole 3 hour talk.

What Hunter Maats talks about here is just the tip of the iceberg. He doesn't yet realize how deep it goes. It goes so deep that physical reality itself will collapse once you realize that it was just a cultural, conceptual, egoic construction all along. But that's a topic for another day.

Maats' critiques of Sam Harris and Richard Dawkins are on point.

A very interesting discussion about the dirty realities of how science works:

Over the next 50 years, I foresee science becoming more and more biased by capitalistic forces, skewing our overall worldview to one which favors the corporate collective ego.

So on the surface those people who trust in science (including the scientists themselves) end up thinking that materialism is getting more and more validated when in fact that's only happening because non-materialistic findings are being ignored because they don't feed the capitalist agenda. To put it simply, truth is bad for business.

Almost everyone knows that religion gets corrupted by ego because that's old news. What's new news is that science gets corrupted by ego in just the same way. The problem with atheists railing against religion is that it makes them blind to parallel dynamics occurring within science. The devil (ego) doesn't care whether your favorite ideology is religion or science. He will find a way to delude you with it all the same.

Always be skeptical when you hear an ego quoting scientific research as if it were objective fact. People like Sam Harris, Richard Dawkins, Jordan Peterson come to mind here. People like that love to weaponize science to advance their own agendas.

P.S. Don't make the mistake that I am an enemy of science. Just the opposite. Every time I speak against science it's because I want science to be pure and unbiased. I speak against its corruptions and lack of self-awareness in the same way that Martin Luther spoke against the Catholic Church. But as always, the problem with calling out corruption inside any institution is that one gets seen as an enemy of that institution. Every institution has a collective ego which stubbornly defends itself — warts, corruption, and all.

This one is for all you video game fans in the audience. Have you noticed how video games have evolved over the last 40 years?

See any parallels to how human culture evolved over the last 2000 years?

Here's a little something I put together: 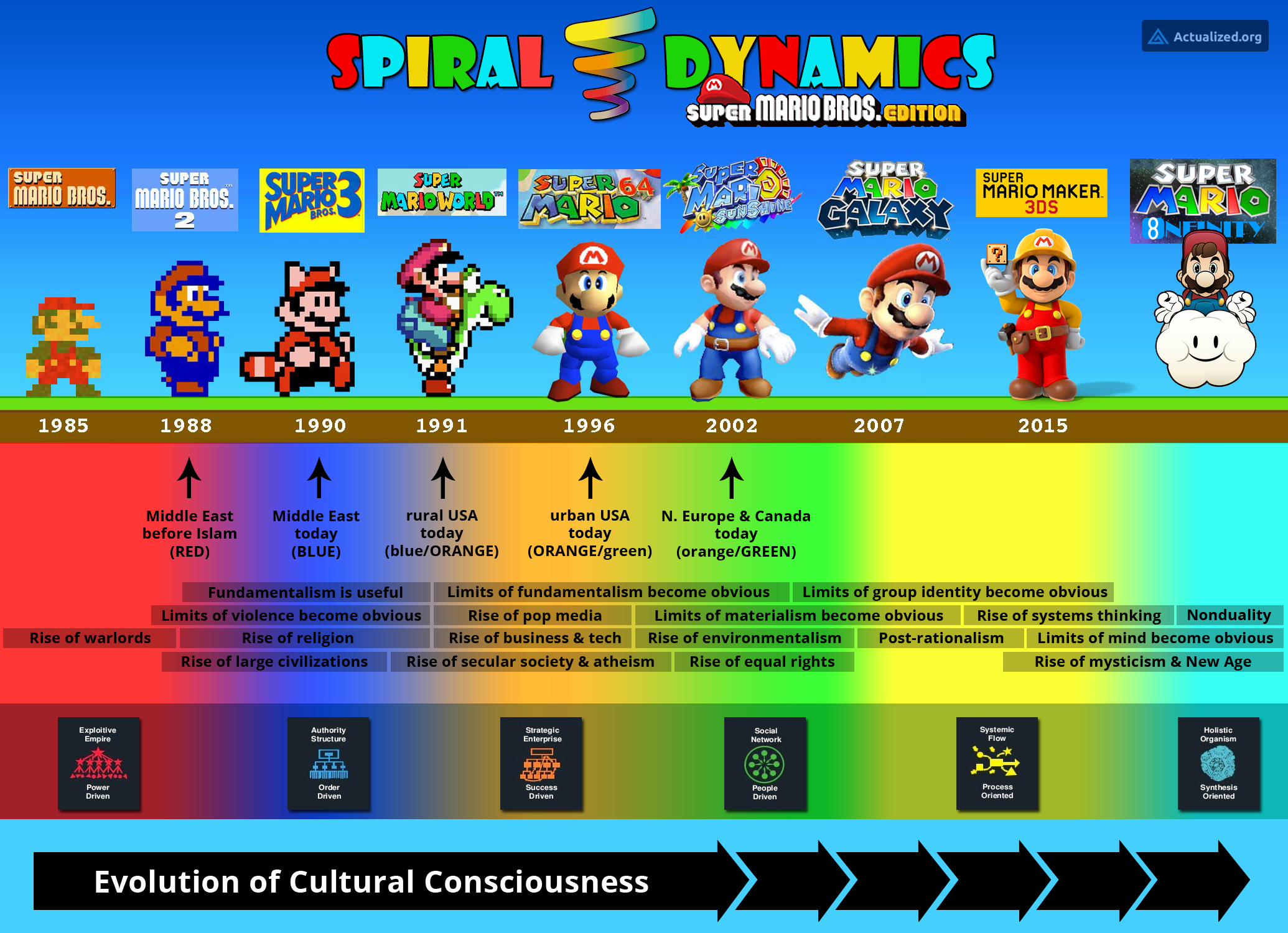 The structure of reality in a nutshell: 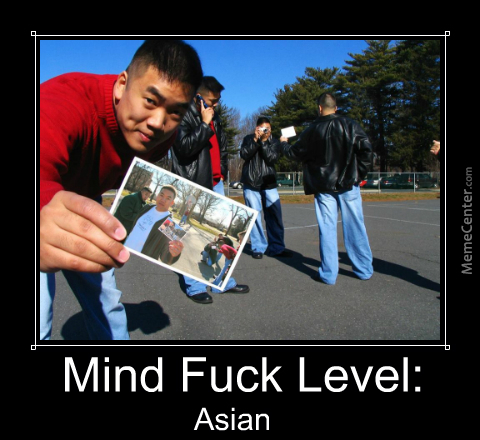